Michael was Artistic Director / Musical Director of the Gilman Summer Theater in the mid-1970s, and, with Harry B. Turner, founded the Young Victorian Theater Company in 1978. At the same time, Michael was on the staff of Frederick Douglass Senior High School in Baltimore, Maryland, where he taught English and Journalism to Grades 10-12, and was Faculty Advisor to the school Newspaper (the Douglass Courier). 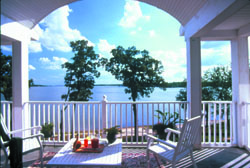 His charitable and non-profit affiliations include serving on the Board of Directors of the Bel Air Independence Day Committee, Inc., since 1989, being Vice President since 1994, and Parade Chairman since 1992. His other charitable affiliations include the ARC Northern Chesapeake Region, Jubilee Baltimore, Inc., United Way of Harford County, the Exchange Club of Harford County, the Bel Air Business Association, and the Boumi Shrine Center.

In his professional advertising career, Michael is most proud of having helped his client Becton Dickinson Microbiology Systems launch and promote the Directigen Meningitis Test System, a state-of-the-art latex agglutination bacterial antigen detection system. From its launch in 1986 through 1999, Michael wrote and designed the ads, selling sheets, booth displays, brochures and promotional pieces that helped this test be sold to hospitals and clinical testing sites, where its rapid results could help save lives.

Michael is happy to lead MartinoBlum and its staff of creative digital specialists as his company continues to assist local, regional and national companies achieve their marketing and advertising goals.

Michael founded Michael Blum Associates in 1987. Over the years since, besides being President and Creative Director, he has also been in charge of administration, marketing, copywriting, video and audio editing, digital design, photo retouching, and (of course) sales – sometimes at once! Why not – it's his company!

Trained professionally as a writer and performing artist, Michael holds a B.A. in English Literature from Haverford College, a Master of Music degree from Southern Illinois University, and a Juris Doctor degree from the University of Maryland School of Law.

From 1979 - 1984, Michael was Manager/Director of the Opera/Music Theater program at Southern Illinois University at Carbondale, where he directed the Marjorie Lawrence Opera Theatre and Opera on Wheels, taught music history, elements and literature, music productions, musical theater, voice and vocal performance. He was also trained professionally as a scenic designer and orchestra conductor.